This ARI 25mm automatic continuous acting air release valve (S-050) is often used on filters, valve manifolds and main pressure pipelines to release air in small volumes when the pipeline is at positive pressure.   The "Automatic" air release valve has a 12mm square orifice that enables it to discharge air at high flow rates and is not exposed to obstruction by debris.   Don't forget to install a 1" ball valve on the inlet side of the Segev to enable you to isolate the valve while under pressure so that it can be cleaned.   Suitable for use on systems to 1,600 kPa and the valve has a sealing pressure of 20 kPa.The inclusion of Air Release Valves is critical for the safe movement of water through pipes.   When water moves through any pipework, air is released from suspension and this air will cause pockets in the pipework, thus, reducing the overall performance of the system.   Air is also released from suspension when water moves through fittings, the filters and, through the pump.   This released air MUST be expelled from pipework through an automatic air release valve.

Air in pipework can also be dangerous as air can be compressed and water cannot.   Air in the pipes that becomes compressed can build up pressure and cause "water hammer" or may even cause the pipes to break and split.  An air release valve will remove all of the trapped air when the valve is installed at the high-points on the pipework.   You should instal an air release valve immediately after the pump, on top of the filters, at every high-point on the main pipes and, at each field valve. 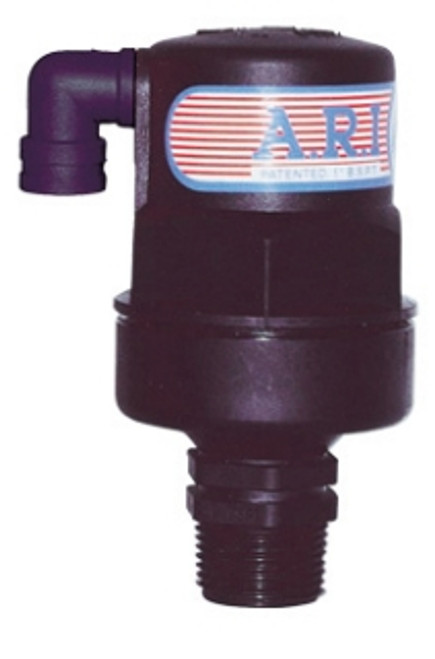