The DG-10 Blue Top Barak Combination Air Valve has the features of both an Air-Release valve and an Air/Vacuum valve.   The Air-release component of the DG-10 was designed to automatically release to the atmosphere small pockets of air as they accumulate at local high points along the pipeline when the pipeline or piping system is full of water and operating under pressure.   The Air/Vacuum component was designed to automatically discharge or admit large volumes of air during the filling of draining of the pipeline or piping system.   This valve will open to relieve negative pressures whenever water column separation occurs.   Rated to operate between 0.2 Bar - 10 Bar.   Click on the 'information' button to the right for more details.

The inclusion of Air Release Valves is critical for the safe movement of water through pipes.   When water moves through any pipework, air is released from suspension and this air will cause pockets in the pipework, thus, reducing the overall performance of the system.   Air is also released from suspension when water moves through fittings, the filters and, through the pump.   This released air MUST be expelled from pipework through an automatic air release valve.

Air in pipework can also be dangerous as air can be compressed while, water cannot.   Air in the pipes that becomes compressed can build up pressure and cause "water hammer" or may even cause the pipes to break and split.  An air release valve will remove all of the trapped air when the valve is installed at the high-points on the pipework.   You should instal an air release valve immediately after the pump, on top of the filters, at every high-point on the main pipes and, at each field valve. 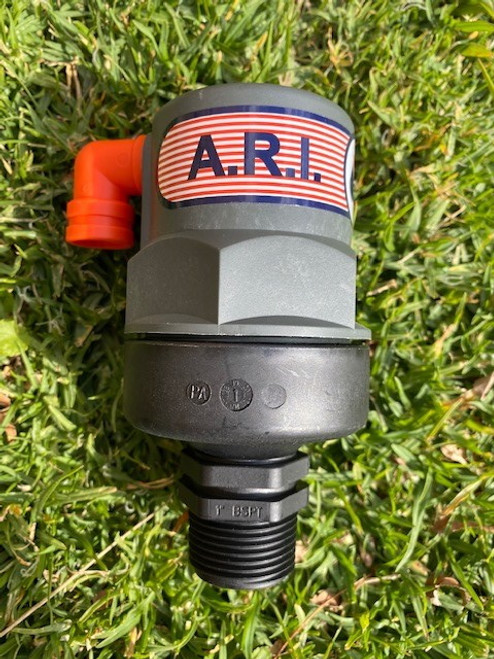